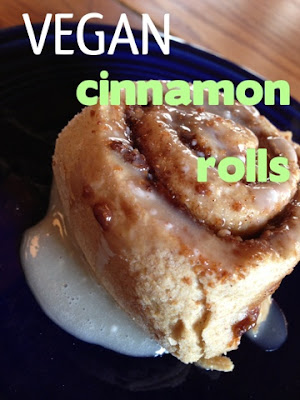 Super Easy Cinnamon Rolls!!  So easy-  a 9 year old can do it.  Yes, my son made these without any assistance.  I only supplied him with a recipe  and suggestion on how to roll it out onto the counter.  They were delicious!! I only got the photo above, from that batch

**UPDATE -Luckily he has made them 4 times since that first batch, so I was able to get some more shots.  He absolutely loves making these.  He can whip them up in no time at all.  They have taken over his obsession with potatoes, well at least for now.  LOL!!** 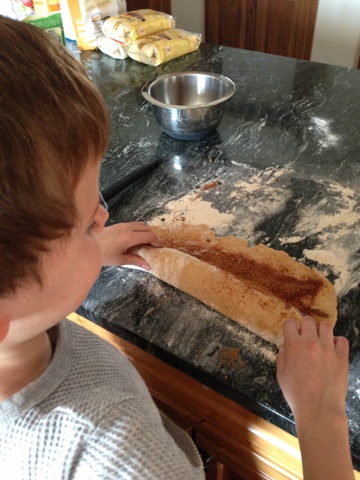 Preheat oven to 450F.  In a large bowl, combine flour, salt and baking powder.  Cut in the butte, then using your fingers massage the butter into the flour mixture.

Pour the Milk into the flour/butter mixture until the dough gets thick and soft.  Work the dough with your hands if necessary.  Ball up the dough and set it out on a floured surface.  Roll the dough into a long rectangular shape.  Brush the top with melted butter and sprinkle with sugar/cinnamon mixture. 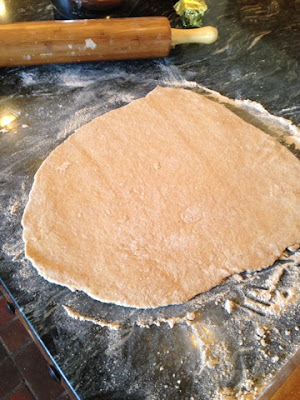 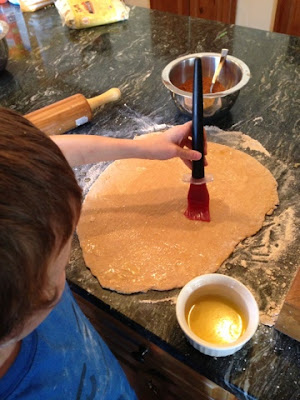 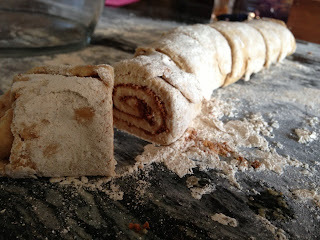 Then just roll it up and cut into rolls.  I suggest cutting in the middle and working your way out.  Place the rolls in a greased baking dish. 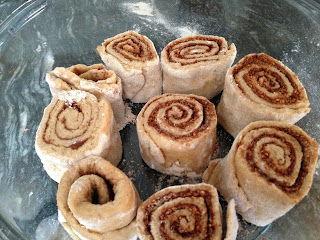 Bake for 12-14 minutes, until golden brown and puffy.  Top with frosting (below) 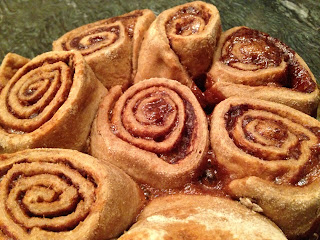 Add sugar to a bowl, and add just a bit of milk, stir up and add more as needed.  If you add too much liquid, you will need to add more sugar.  Stir until you get the desired consistency and pour over yummy cooked, but cooled a bit, cinnamon rolls. ENJOY!! 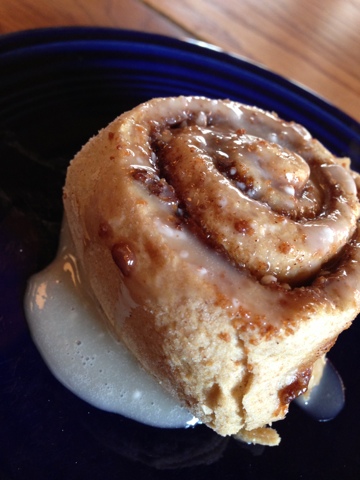